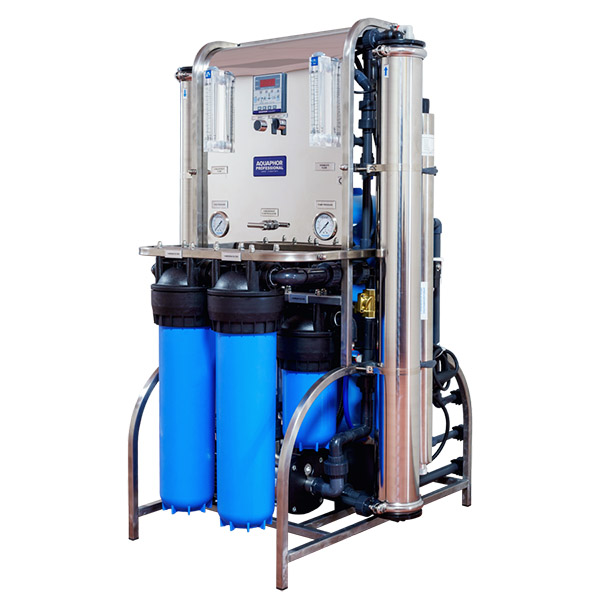 In reverse osmosis, applied pressure is used to overcome the osmotic pressure.

Reverse osmosis can remove many types of dissolved and suspended chemicals as well as biological substances and many types of bacteria and viruses from the water.

This system is used in both industrial processes and for the production of drinking water.

Reverse osmosis is best known for its use in purifying drinking water from seawater, removing the salt and other materials from the water molecules.

PAP-500 is suitable for medium-sized households or small businesses such as cafes or restaurants where space can be a bit crucial.

The biggest advantage of the PAP-500 reverse osmosis system is that it has a built-in 80 liter tank which also has a built-in UV sterilization - which saves a lot of space.

Before buying a Reverse Osmosis system, it is a good idea to calculate how much clean water is needed, and then calculate the maximum water consumption in one hour, and multiply it by two;
it is so equal with how big a buffer tank would be good and procure. Of course, it can also be done and have a large plant with a small tank - as long as the plant is fast enough to fill the buffer tank before it is used up. Check if there is space for the system including the buffer tank (water tank), possibly additional space for softening system if the Reverse Osmosis system needs to be protected against calcification (Anti-scalant pump and anti-scalant liquid in cans can also be purchased instead to save space) 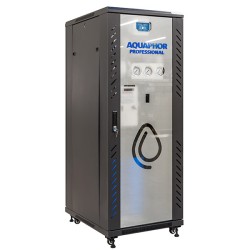 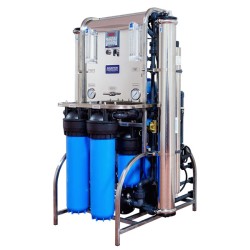 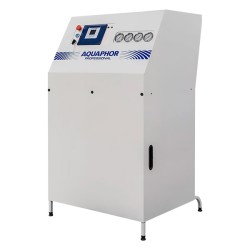 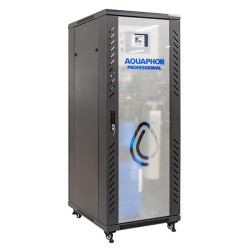 You can find datasheets for all of our products in our datasheet library.