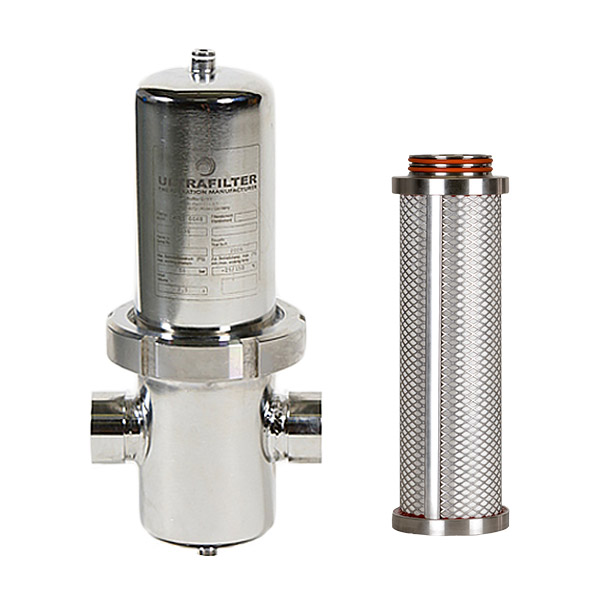 Our sterile filters are all FDA CFR article 21 / EC 1935/2004 validated and approved. “Sterile” means “free of microorganisms that are capable of reproducing itself”.

A more scientific definition of sterile is that a filter is defined as “sterilising filter”, when exposed to a concentration of 107 microorganisms (Brevundimonas diminuta) per. cm² filter area and the filtrate is 100% sterile and therefore not containing microorganisms, such as bacteria.

Coli and streptococci typically have a size between 0,3 microns and 9 microns, resulting in that the sterile filter has a Filtration of 0,2 microns or better.

In sterile filtration of compressed air, there are differentiated between two types of filter: the depth filter (P-SRF) and membrane filter (PF-PT )

You can find Brochures for all of our products in our Brochure library.